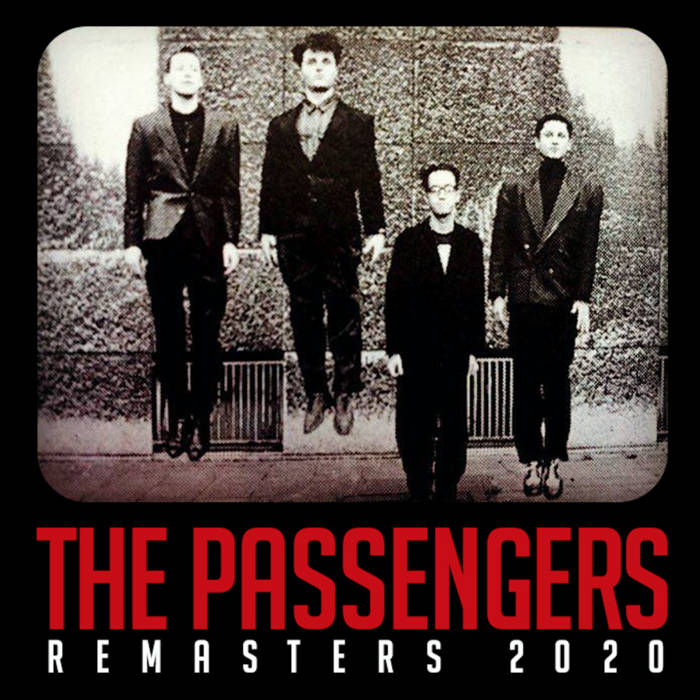 In the summer of 1990, after a chance encounter in Brussels, Belgium, I was invited to Sao Paulo, Brazil, by the ex-members of the French/Brazilian band Metro with the project of putting a new band together. Versatile drummer/comedian Dany Pinto-Roland and Enoesque keyboardist Yann Laouenan, followed me back to Brussels. Their old time friend Olivier Daube (now Lumiere), an ex-dancer, model and fashion scout, would become our manager. Through a friend of his, Jean-Cedric Van Der Belen, who would finance the project, the band moved into a house, each member occupying a floor. The basement was then promptly turned into a rehearsal space. My friend Denis Moulin, son of Belgian producer Marc Moulin, would soon join the group as our solid-as-an-ox bass player. I suddenly found myself surrounded by a talented, luminous, enthusiastic group of people and the adventure began in earnest.
At the time I didn’t speak English…I only pretended I could!
I wrote the lyrics from words and expressions I had heard in songs and movies, which strangely ended up organizing themselves to tell the story I intended to tell…albeit a lot of poetic license. We started playing live shows and quickly gathered a small but devoted fan base. After a few months we had our first studio session at studio Caraibes with super sound engineer Gilles Martin. In a few days, the first half of the album was in the can. More live shows, radio shows, and daily rehearsals practicing new songs, ensued. A few months later we were ready for the second recording session.
Towards the end of the week of recordings, Thierry Plas, a top session guitar player and member of the band Machiavel, showed up at the studio and told me about Machiavel's first guitarist , Jack ‘Dingo’ Roskam. Jack had been living in Croatia for ten years, but with the war then raging in ex-Yugoslavia, had decided to come back to safety to Belgium with his wife and young kids. Yann and I went to meet him. We got along right away and thought he’d be a great addition to the band. The rest of the Passengers welcomed him with the same enthusiasm. He was invited to the studio and recorded a great guitar solo on song 8. The album also features a solo track of his (11) which he recorded at home in the small Croatian costal village where he lived, while the region was getting bombarded. The title means ‘Sky over Vergoratz’.

The last track ‘Blue and Green' is the first song we recorded as a duet. After the collapse of the band, due mostly to the usual artistic differences and personality clashes with management, Jack and I kept on going as a Space Blues experimental duet named Heavenly Tramps after Jack Kerouac’s book ‘The Dharma Bums’.

That will be the story of the next album I will upload here on Bandcamp.

For now I hope you will enjoy this album like an old fashioned record: Pump up the volume, put the first song on, and let it roll!

Thank you all for your support!

Mixed by Jon Candler and DD

Special Thanks to Patrick Vaillancourt. ... more

Bandcamp Daily  your guide to the world of Bandcamp

outré black metal, with a Victory Over the Sun interview and music from Liturgy and Jute Gyte.